My fall garden is planned. It’s sketched. It’s charted. It’s timeline-ed. And this year, I’m also ready with Plan B through Plan E so that I don’t encounter the same issues as last year and spend most of my winter with an unnecessarily empty garden.

I ordered my garlic, some Chiogga beet seeds (because Cylindra was just too tiny for my tastes), and have had my seed trays going for awhile now – cat interruptions aside. I have have plenty of greens seeds, carrot seeds, and other plotted plants seeds leftover from previous trips to the  seed catalogs…

I tried to order my onion starts. Sold out.

I tried another farm. Sold out.

Another, and another. They all ship January through May and are asking me to check back this fall, to pre-order for next spring.

Well, crap. A decent section of space has been designated onion space. I know our climate will allow for onions planted in October. Apparently the climates of those who sell onion starts are a different story.

I recently learned the difference between Short Day Onions and Long Day Onions (who knew?) and that solved the Mystery of the Failed Onion Seeds of 2009. The Puzzling Case of the Attempts of 2010, 2011, and 2012? Still puzzling.

They germinate just fine, as seen here in January: 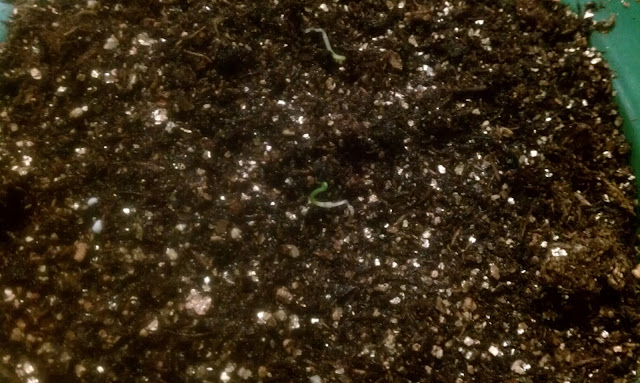 And they gain some height just fine, as seen here shortly thereafter: 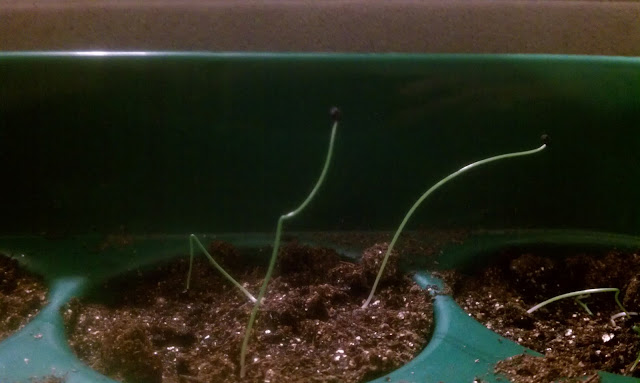 And that’s about as far as I can get them. From that stage, they put out itty bitty little white legs, that may or may not be roots, and try their hardest to die while I try my hardest to keep them alive.

I have a three-pronged approach this year.

Anyone out there grown onions from seeds before? Any tips to getting them from leggy little blades of green to actual plants?