The henbit has been loving this weather. It also has been possibly choking out the brassicae sprouts. But also possibly hiding them from the nibbling critters.

I hedged my bets on preventing choking and risking chomps. We’ll see…

The leeks from Dixondale Farms finally found their earthen homes. All ~120 of them. At least they freeze well.

This was the fingerling potato bed. After digging the whole way over it was discovered that the ~12 we buried grew into…3. Too many freezes without cover took them out. So those three are saved for a few weeks when it’s time to try another sowing.

In tomato and pepper (and flower!) news: I, of course, checked for sprouts again this morning. We’re still about five days from the earliest realistic possible growth. I did borrow the instant read thermometer from the kitchen to check the heating pad transference to the soil. 75 degrees F was the goal and exactly where it was. Huzzah!

Over here, the cabbage is happier than the henbit – hooray!

I think I’ve felt behind on this every year since the first year.

Tomatoes and peppers of varieties that the nursery will have no backups for. These sprout and thrive or we don’t have them.

An early eager helper turned bored companion quickly yesterday. It’s tricky to enjoy this winter ritual when being harped upon to play something more fun. This is play for me, but work for her.

And then a nap ended and out emerged a bewildered boy. An eager helper beside me once more, who found Papa’s favored pepper seeds that I had overlooked. Peace, for a moment or twelve.

And then his way awoke. Seeds pressed down nearly an inch into the soil, coaxed back to the top, boiled an eruption to the surface within him and I was once again with irritated companions of proximity.

There’s a wiring in her that won’t likely loosen on enjoying plant chores. She has it as deeply set for enjoying the care of animals.

There’s an opposing wiring in him, as there oddly often is, to decline playing dinosaurs with her to help me plant, provided My Way doesn’t over exert itself.

And so I will learn to give more give in my plans, build in cushions of time and space where needs be, so my worry about the impossibility of backups doesn’t tarnish, or simply crumble, the enjoyment of the season.

(And yes, I did check the seed tray first thing this morning to see if any miraculously fast sprouting had occurred overnight. It never has and yet I always check.)

The green beans are nestled down. Snug under old linens of love.

The peppers are left to fend for themselves.

The carrots and peas won’t mind a smidge.

The front porch spirits are indoors.

The softness of the soil entrapped in a milkweed’s grasp. The moments between dog barks, airplanes, and old cars driven by young people insistently down the road. The expansion from seed tray to 4″ pots. The addition of seed trays. The tender trust in Echinacea stems.

There’s so much nutrition in the garden before anything ever touches our tongues.

“Hey honey… is there anything sown in the back left bed because…” Sprint outside.

The fire’s been burning for days now. There’s something primordial about a fire. There are few things that can cause a group of people to just sit in silence and stare. A fire is one of those (a newborn baby is often another.) Yesterday, I really was able to scratch the itch of generations by having bread rising on the hearth while planning the spring garden. In short order, there were fresh hoagies to polish off the last of the Christmas prime rib complete with sauteed peppers and shredded cheese.
Not these Christmas-lights-looking peppers, but close.

I was mistaken about the last of the tomatoes. I picked a few more yesterday, although they were not immediately gobbled up. So in an odd turn of events (like sowing next year’s exactly when I’d planned to) and weather (the lightest of freezes only days ago) the tomatoes of 2015 have gone full circle and this house shan’t be without a tomato plant even in the depths of winter…provided the seeds sprout.

I do hope to keep track of the labels from sowing to potting up to planting out this year. It’s my goal every year, and so far I haven’t done it quite as I’d like and tend to only hazard guesses as to which varieties of what end up where.

Speaking of plans, my first attempt at paperwhites (thanks to Stacey for the idea!) didn’t quite make it for Christmas blossoms.

But this cold cloudy weather has the bulbs planning their own New Year’s Celebration.

The lemon basil is officially a weed, and officially the most stalwart garden companion I’ve ever had. Summer drought and triple digits? Sounds good. Frost and short days? Ok, sure. Floods and wind and hail? Why not…

The lettuce is trying…we’ll see how it goes.

The citrus is happy, but nap time is ending and that’s all for now. Happy New Year!

February 26th, 2012. The tomato plants that spent the year giving us over 100 pounds of tomatoes…

Tomatoes could conceivably go into the ground in a week, and those babies are likely to be a tasty snack for a snail before they reach any size large enough to fend off attackers.

So DH and I are headed to The Natural Gardener today for a few things:
*Tomato plants
*Pepper plants, because they’re just as far behind
*Drip irrigation! (Maybe, if I can decide how many whatchamathings, dohickeys, and such to arrange)
*Soil food, as both of my compost piles are still cooking.

But in a few ways, I’m ahead of the game this year. I sowed the first round of beans yesterday. Some Tiger Eye and Yin Yang (soup beans) and some Soleil (green). Hopefully being two weeks early on 2012 sowings won’t be too much of a risk, but the extended forecast has some rain, a lot of sun in the 60s and 70s, and nothing lower than 40s at night.

Looking back at posts and photos from 2012, I find myself missing the extra 400 square feet I had that year. My three new beds this year will help scratch that itch some, and DH is talking about building a potato tower as well. I’m glad I ventured into a community garden plot, and depending on the timeline of when we move next and the space we move into, I may join one (a different one) again in the future. For now though, I’ll enjoy the isolation, the quiet, and the energy only from the sun and soil – enjoying my time away from the noise of others’ thoughts.

And then behind again, as I thought I’d posted this last Sunday.

We picked up everything except the peppers, which weren’t in stock yet (but are at the Farmer’s Market tomorrow!) The irrigation has been installed, and the weather forecast checked again so the tomatoes went in last Sunday.

Nursey tomatoes are usually varieties I know little about, or am not sure actually work well where I am. Beefsteaks explode in the heat before they ripen, for example, and Brandywines need cooler temperature to set fruit than we have by the time they bloom.
These are both new-to-me varieites of Valley Girl on the left and Homestead #24 on the right.

And then the forecasters did what they do and changed their minds. 30 degrees Tuesday night. DH had also moved Bill the Lime Tree outside on the word of the forecasters, so Bill and the tomatoes shared a tarp Tuesday night and were no worse for the wear. In fact, the six inches of rain overnight the following evening really perked those tomatoes up!

We picked up some other tomatoes as well, that I’ll plant this weekend when it’s back to 80 degrees.

And in the meantime, the winter greens are trucking along come dry or high temperatures. 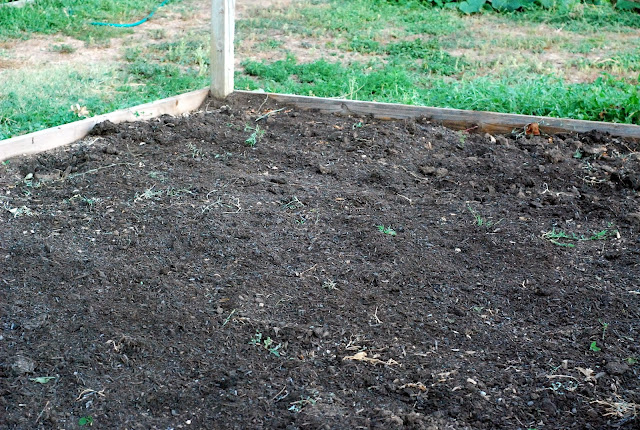 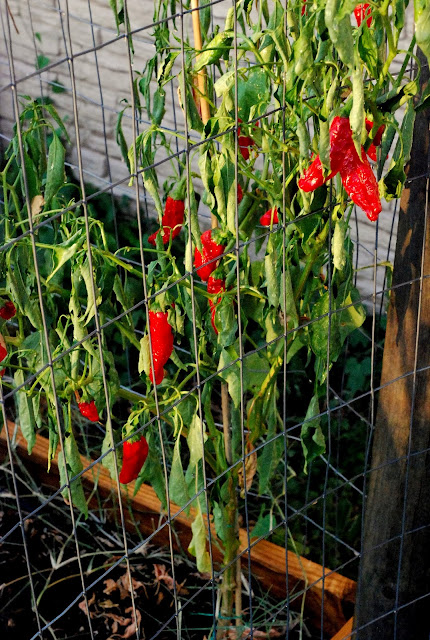 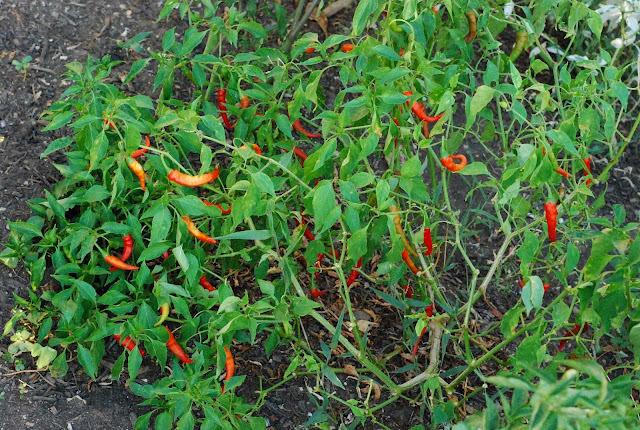 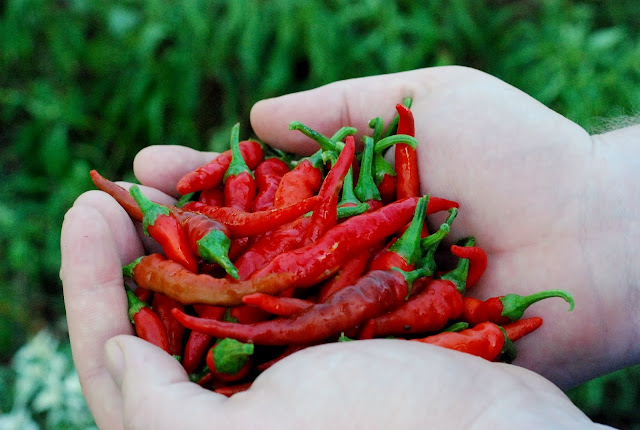 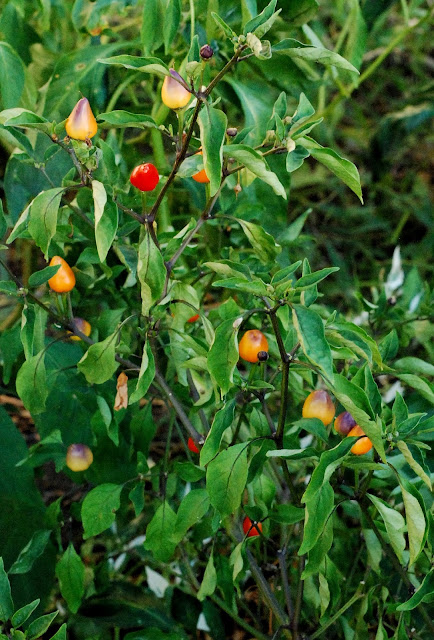 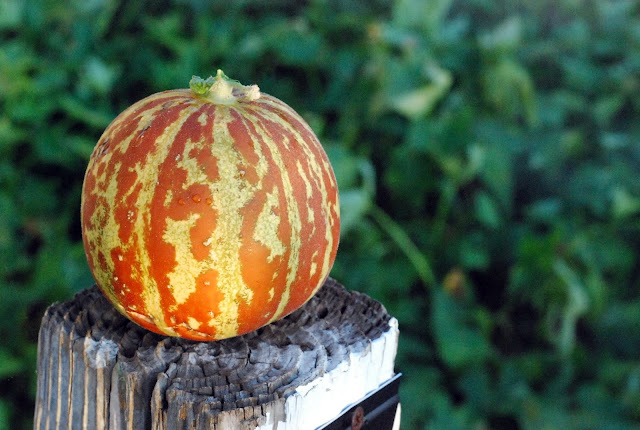 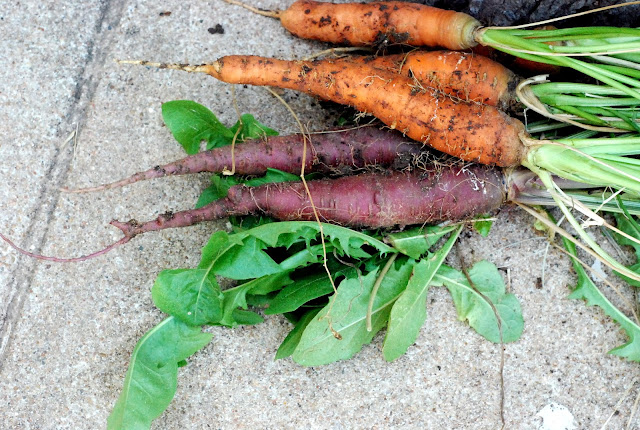