I know, now, that milkweed and potatoes can be friends with a volunteer squash sidling up.

Or that an asparagus crown doesn’t mind a four-year-old beet over its head with a pin cushion to the side and lettuce and onions all down the bed.

One more week and the garden isn’t mine. I picked a lot of carrots today.

I am crossing my fingers the seeds from the brassicae will be ready by Monday. I will gather them however they are and find out in a few months if they were ready.

I need to research asparagus crowns. Mine started as seeds in the laundry room years ago and I don’t want to upset them through my ignorance during their removal and transport.

Anyone remember when I planted the potatoes, by chance? I think, sadly, they still have a month to go but perhaps you know differently.

I can walk, you know. Three times in the past year I wasn’t to go traipsing about. I still feel the gratitude in my muscles when I wander these days (even if my joints complain.)

So walk with me… 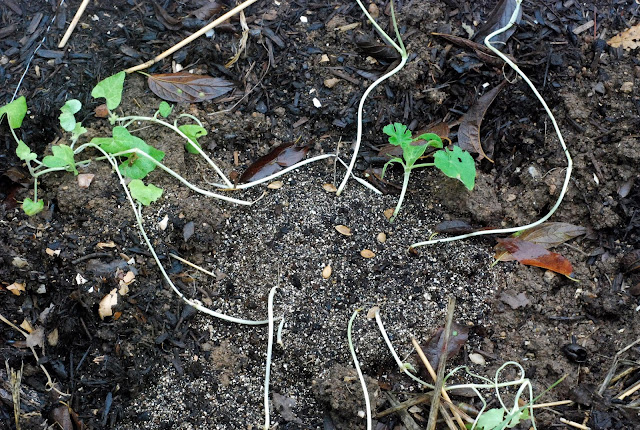 To put these patient squashes in pots. (Hopefully they’ll stay happy until Saturday!) -posted from my new phone!