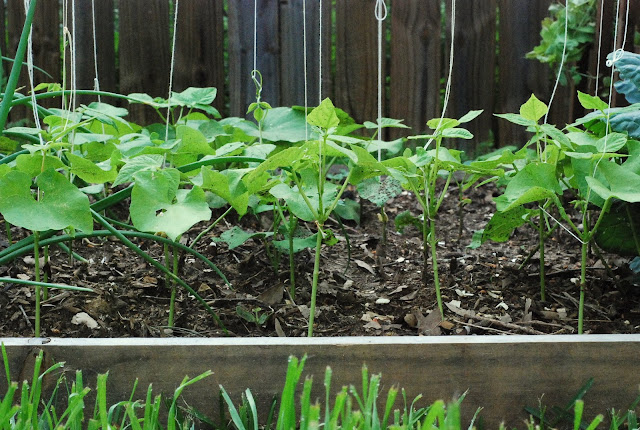 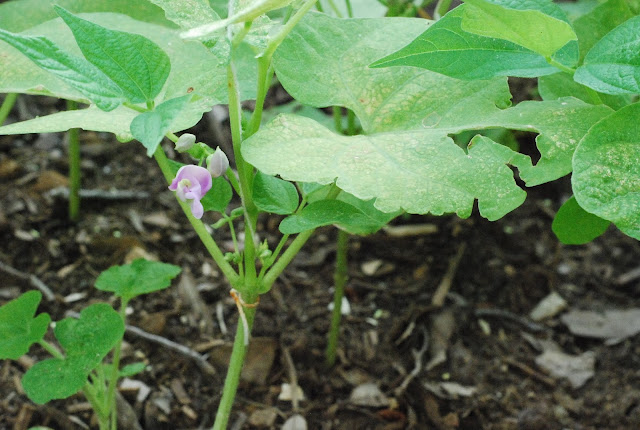 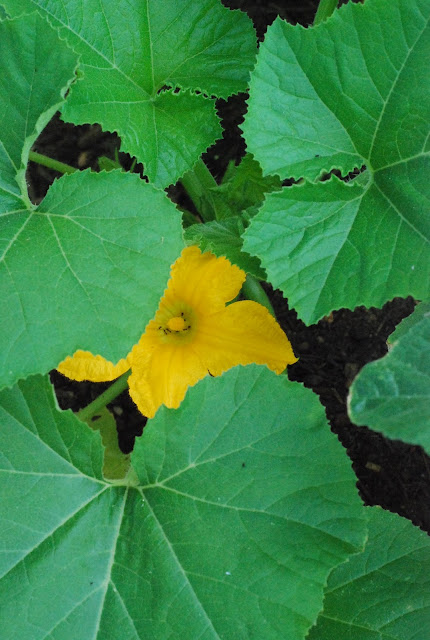 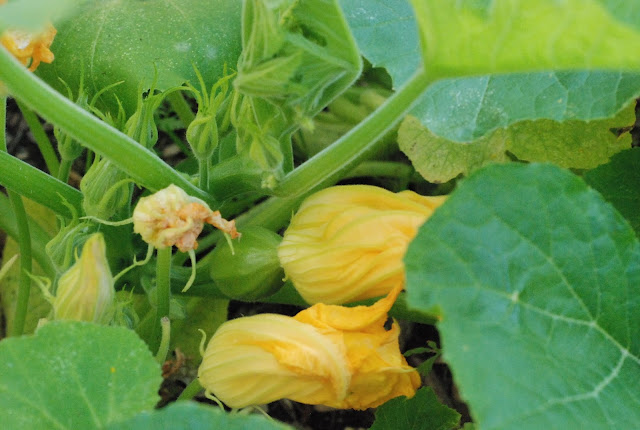 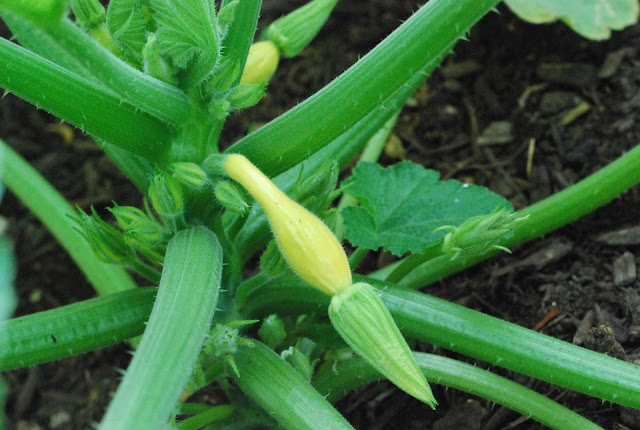 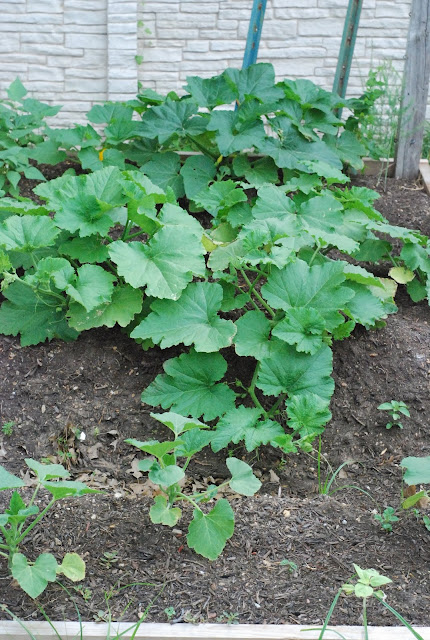 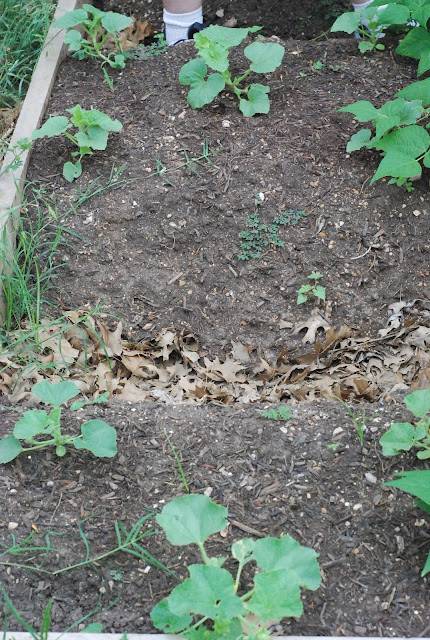 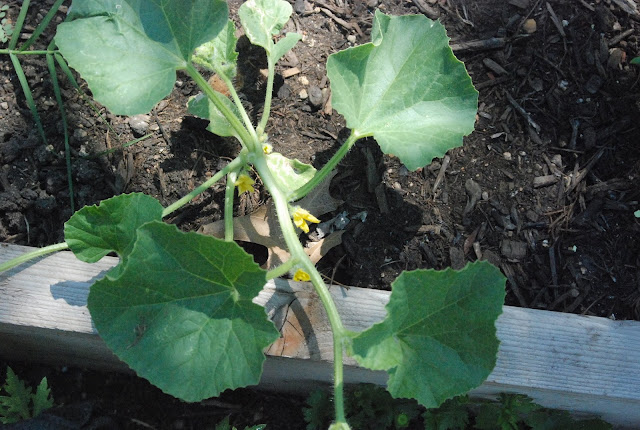 I like to play with structure. Build forts. Rope ladders. Tree houses. Box caves. I think so many wondrous things fall by the wayside on the wander into adulthood that sometimes as adults we may be just as boring as our childselves would say we were.

I find that there a few tried-and-true cures for such mature doldrums:

Perhaps by chance, or perhaps through purpose, my garden time tends to incorporate a lot of the same material. Sprinklers are a given. Mud – also a given. Wrapping paper tubes? I’ve heard that if you cut them (or toilet paper or paper towel tubes) into one inch rings and place them around seedlings, they help combat pests. (I have yet to confirm this, how about you?)

The fridge box: I’m not a cardboard composter or mulcher, but others are.

I’ve known for a bit that I needed some kind of structure for my tiger beans. They’ll survive, and produce, decently without structure. With structure, I’ll get to more of the beans before the bugs do, and I haven’t tested the theory but would almost swear they make more beans while climbing. The issue? I planted them in a row in the middle of a long bed. Oops. I hadn’t planned it that way. I had it drawn up differently. When the day came to sow the seeds, my mind left me so much that I neglected to even reference the plan I’d carefully graphed, and simply sowed away. So it goes.

So what was I to do? Perhaps, I postulated, I could put a forked stick at either end of the bean patch, run a cross stick from end to end, and drop lines down from the beam. Except I was fresh out of forked sticks. Teepees? I’ve never had luck with teepees.

And then I realized that at some point I had also hoped to enclose the bed. A neighbor down at the garden plots warned of the possibility of large, wandering, hungry wild game (in the form of humans) who would help themselves to the literal fruits of your literal labors. I would like to think this wouldn’t really happen, but apparently it has in the past.

DH and I tossed some ideas around. The bed at home has a nice structure that is flexible to the needs of the plants within. We didn’t really want to invest that much lumber into a top structure that would be anchored to a weak (and in places rotting) base structure provided by the community garden maintenance crew. I knew I wanted a shade cloth option, and he convinced me that we could do double duty if we hatched a plan to replace shade cloth with plastic in the winter.

And then it struck. We were wandering Home Depot, as we are known to do, halfway through a list of soil sulfur, air filters, and rope for a cat scratching post, when we found ourselves on the plumbing aisle. We were caught in a stare. We both knew at once. And we both started talking at once: “What if we did this for the garden!”

Why “ribs” and “spine”? Well, aside from looking a bit like a giant rib cage, PVC and tape were what we used to construct a whale in third grade to put on a showing of The Old Man and the Sea. That, and you knew exactly what I meant, didn’t you?

I do plan to do similarly with the Right Bed now that I see our idea in real life (and love it!) But first, we need to trellis-up those tomatoes! (Another day.) And drop lines for the beans (maybe tomorrow…)

I apologize for the quiet as of late. I am currently out of town, travelling for seven days on business. I took pictures in preparation for the trip, thinking I would have time in the evenings to draft posts.

I forgot the camera at home, with the photos still on it. I have not had evening time like I expected, but for good enough reason. I was able to spend a precious three hours with a dear cousin catching up. I was able to catch up on sleep and beat off a bug of my own before it took hold. I was able to get lost in Houston traffic for an hour trying to find socks, only to find instead a travelling carnival, a helipad, a parking lot full of grass-filled cracks in the middle of pristine shiny glass and steel, and then finally – when I’d given up on the search and resigned myself to gladly wander: socks.

Tonight was a run. A glorious, much needed, too-long-put-off-for-no-good-enough-reason, run. Little did I realize I had picked just the park that housed the Houston Garden Center. Even littler did I realize I did such a thing until driving out of the park in need of a shower. Perhaps tomorrow when the work is finished but the Rockets game has yet to begin, I’ll have time to go for another glad wandering.

While I’m gone, DH is caring for the gardens for me. They’re almost to the Water and Wait Til Harvest Stage, but not quite yet. On Tuesday, he planted the last of the tomatoes and peppers. I lost two Cherry Chadwicks in the final transplanting process, and so picked up two transplants from Johnson’s Backyard at the Farmer’s Market last Saturday. A Green Zebra and a Cherokee Purple. I needed three peppers as well – having mis-planned my space for two, and lost just one in the transplanting process (it was a itty bitty wee one I would have been shocked to see survive.) Green and Growing set me up with two Purple Beauties and one Orange Bell (all bell peppers.)

And! He took pictures! Don’t those beans look promising?

I am blown away at how happy the squash look (and how big the leaves are already!)

I’ve been carefully checking the undersides of the leaves on each visit in an effort to find any Squash Bug eggs before they hatch. Last year I lost every squash plant to Squash Bugs (not knowing yet what they were.) This year I hope to lose less. I’ve also been warned by my neighboring gardener that the plots are susceptible to Squash Vine Borers, which are new to me. I’m keeping an eye out for any vine anomalies, but am not sure exactly what I’m looking for. I’ll have to read up a bit. I did find one squash leaf coated on the underside with aphids, and it was quickly pinched off and ushered to the trash bin.

Here are the peppers and tomatoes. The tomatoes are already needing more pruning than I’ve had time to keep up with. Next week when I’m home, I really need to get them staked before they completely go wild on me. There was a flower bud on one Sunday before I left, so perhaps when I make it home this Sunday I’ll have some flowers to tickle until the bees find their new buffet.

I planted some strawberries and sweet potatoes last weekend as well, but that will have to wait for me to be reunited with my camera.