Gardeners chatting yesterday more than most days. A yellow mask. A blue. A cherry blossom and Robin covered one. Kombucha. Peppers. Birds and onions.

“Now, about sourdough starters…” she said.

She pointed to her plot, we coordinated a time (ish.) I fed my starter and put hers into a washed old peanut butter jar.

The dew this morning is so thick it reaches to the sky. I hope she finds the jar with the note still dry enough to read.

Speaking of plants that can withstand  the heat but are admitting their guilty pleasures (6″ inches of rain in 30 minutes) – the Anaheim has gone bonkers! 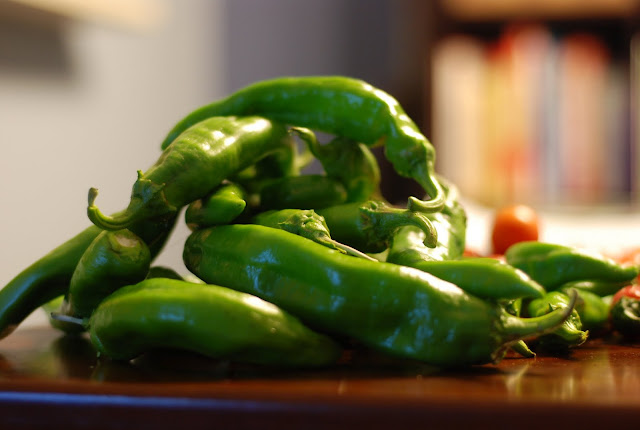 I picked all the Anaheims last Sunday, and this Sunday – these aren’t even all of them. DH already had the grill fired up for some hot sauce brown sugar chicken, so they found their way over the flames and into our bellies less than an hour from harvest.

The rest of the peppers aren’t to be outdone! 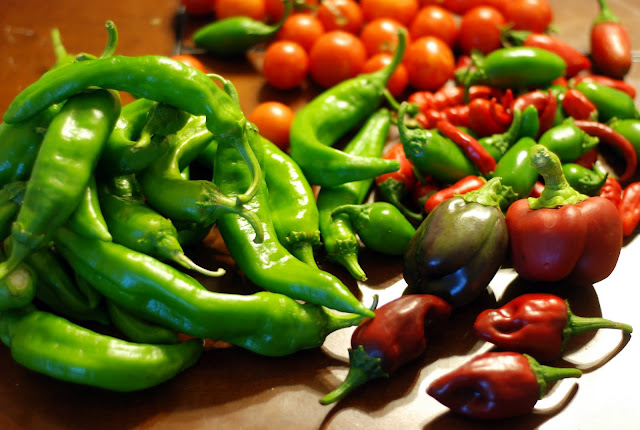 We have three little poblanos that were left to redden-up on the vine, a purple bell that decided to go a little green?, and an orange bell that’s looking more red to me. Oh, and a pile o’ jalapenos, fish peppers, and cayenne. As you can see, the tomatoes have slowed down. The Cherry Chadwicks are still going, the yellow pears are making an effort, and a previously unproductive red cherry variety (whose name I lost track of) has just started up. I lost a few multi-pound Black Princes, Zapotecs, and others to the birds and the bugs during my neglect, but that’s ok. They’re thirsty, or hungry, and my freezer has plenty of tomatoes in it already. (Unless the hungry bugs are squash bug nymphs. Then it is most definitely not ok and they find their way under the sole of my boot in no time.)

Ever planning ahead as I look behind, I can’t forget to show my appreciation for the prolific output of this plant by saving its genes again for next year. 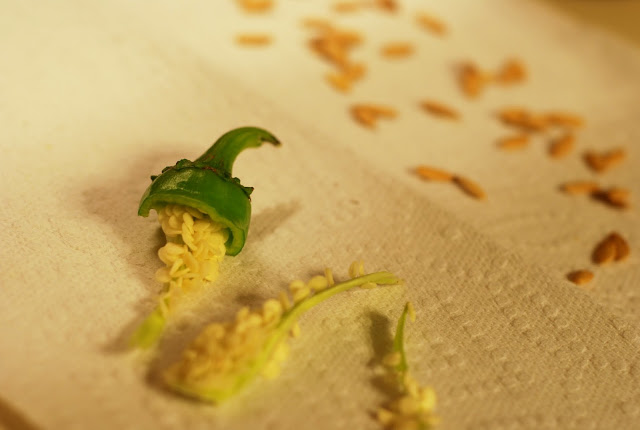 For anyone who hasn’t saved pepper seeds before, it really is that easy. Scoop them out, lay them on a paper towel (label your paper towel!), and let them alone until everything’s dry and crunchy. Fold up the paper towel, wrap a rubber band around it, and store it with any other seeds you sow at the same time.