We walk our dog every evening. (DH also walks him each morning.) I often wish I had my camera handy on our walks, but most often I don’t (and quite often, it’s dark by the time we go on the prowl.)

Not tonight! After feeding the ducks the snails and caterpillar, we wandered down the greenbelt that follows the creek. It had rained yesterday and again last night, and the pond had again swelled to its tippy toes and started the creek up again. 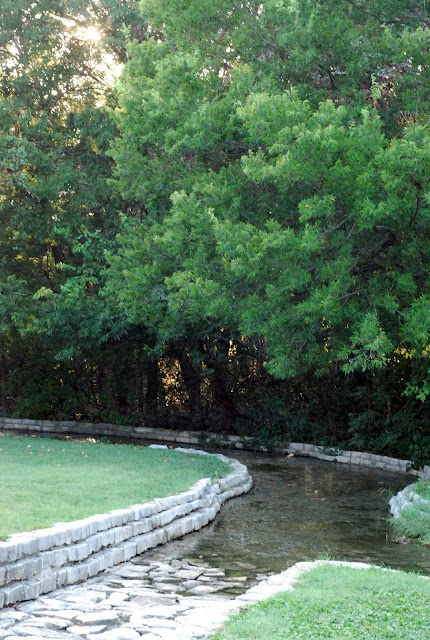 When it’s still raining, runoff flows down the left branch as well.

We were quickly losing the light, and the glow through the thickets were magical. 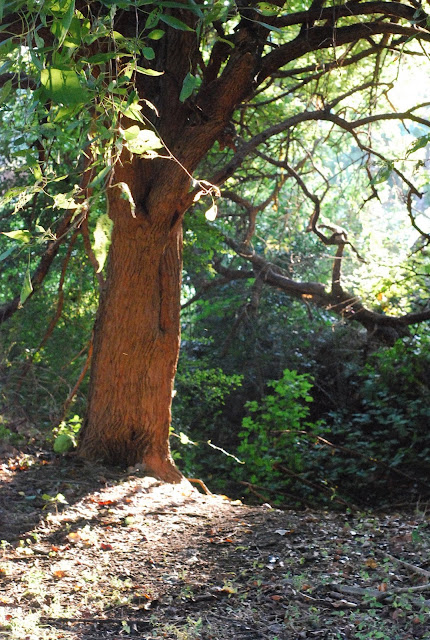 The flood a few weeks back made some changes to the landscape around the pond and creek, one of the smaller of which was relocating many a’ horse apple to a new location. 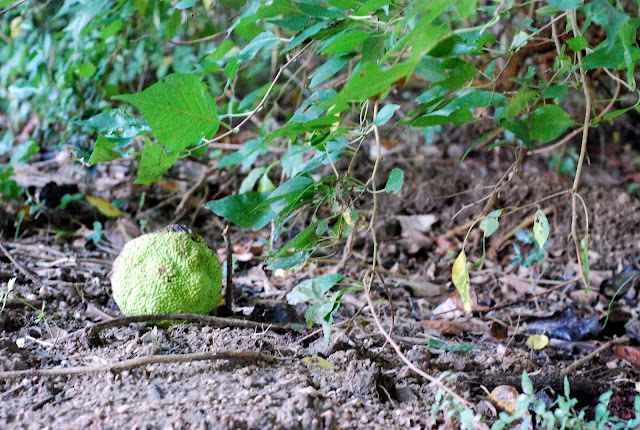 (If you’re saying, “umm…what’s a horse apple?” I didn’t know either until we first encountered them in this neighborhood and went a’Googling. They have quite a neat history in the USA.)

They’re really interesting to look at by themselves, and they grow like pull-a-part rolls! 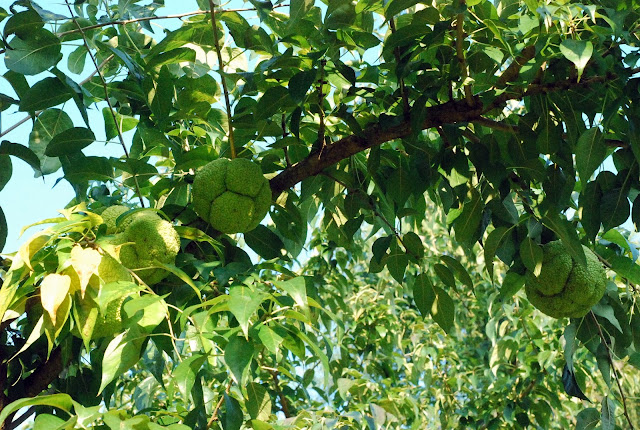 Oh! Remember that bridge I showed you during the flash flood that I was worried would float away? Here’s how small that creek is supposed to be (with the bridge still in tact.) 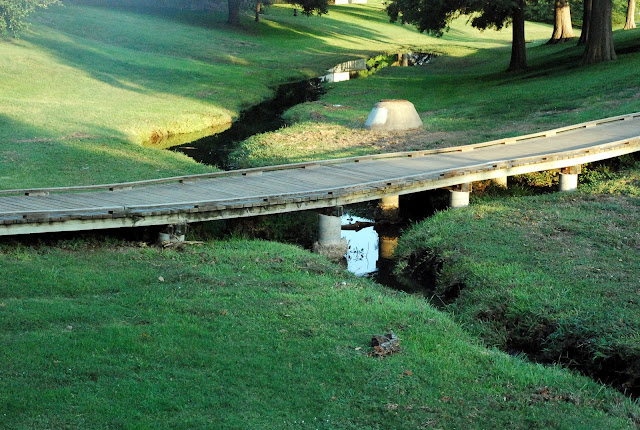 We left the greenbelt at this point, and wandered up the neighborhood toward home. A few strides up the hill and suddenly DH exclaimed, “Watch out!” 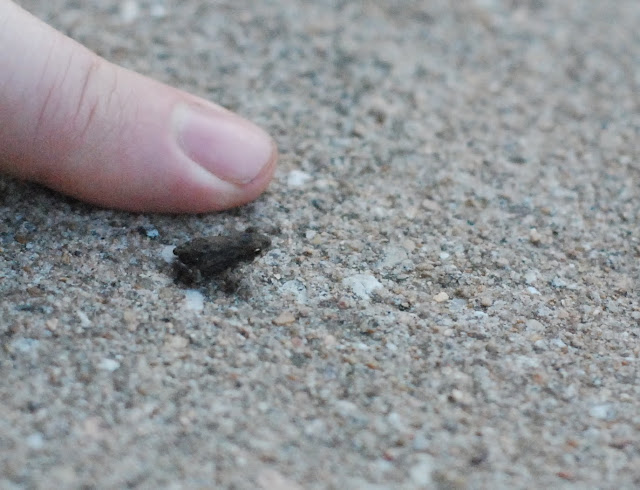 How adorable is that? He even had a “big” brother. 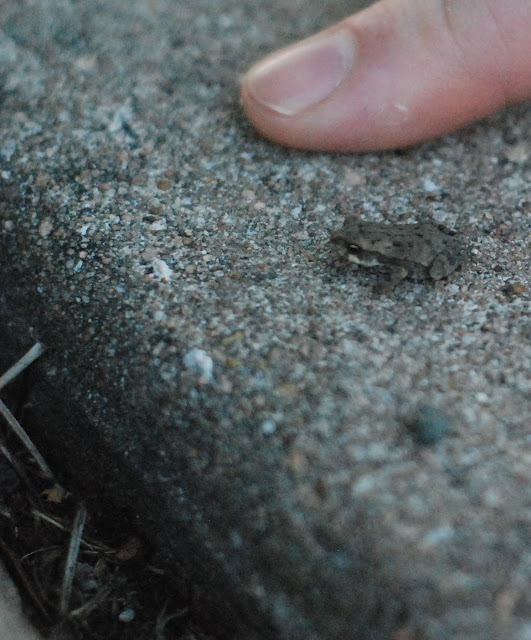 Up the hill a little further are some of the happiest looking (and healthiest looking) agave I’ve seen in a neighborhood. 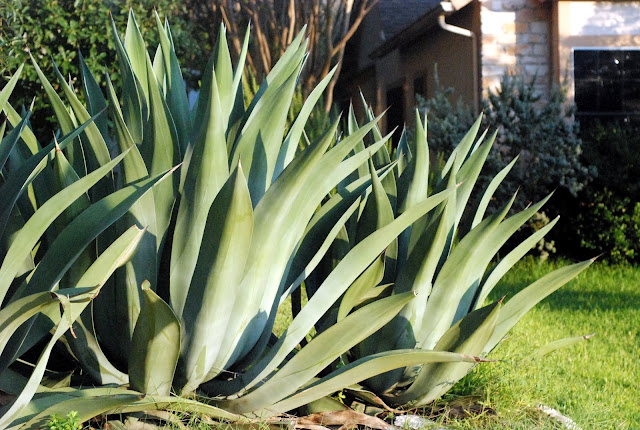 With the light fading, I’ll leave you with the pink blossoms ablaze in the setting rays… 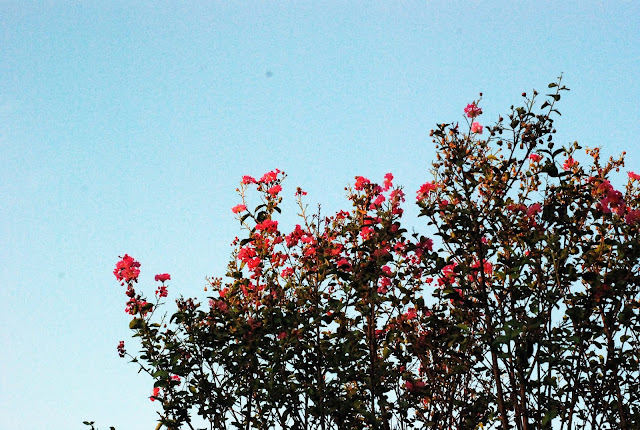 3 comments on “A walkabout the neighborhood…”