Over the last six months or so, I’ve been slowly chipping away at a small plot of grass at the front of our lawn.

Tangent: If this wasn’t a rental, that wouldn’t someday in the not-so-distant-future have tenants living in it, all of the lawn would be gone. All of it. But. It is what it is. And. The front lawn specifically is mostly ours, and partially the neighbors. By ripping out all of ours, I would be directly (negatively) affecting the property value of our neighbors by diminishing most of their front lawn to about…four feet wide. Basically – that’s just rude. Ultimately, if their property value is reduced, so is ours. Someday, I will not live surrounded by lawn. Today is not that day. /end tangent

I’ll make due with a patch though! This spot will be a wild bed. A bed for the bees, the butterflies, and maybe even the birds made with drought tolerant plants and natives. I  started with some plants gifted to me by my folks, via Landscape Mafia. A few holes in the lawn, a few scoops of manure, some beneficial fungus, and in they went. Months passed as I worked on the new 400 sq feet over in the community gardens, worked more than I’d expected, and trained for the mini-tri in the evenings. What I didn’t realize, was that what was, to me, very clearly a garden bed…wasn’t so clear to other human creatures. DH was kind enough to mow around the plants…and apologized for accidentally over one that was completely hidden under the grass. The folks that pick up the recycling at the curb thought it appropriate to put the recycle bin (the big kind, on wheels) back down in the bed instead of the street. That was the end of another plant. Thankfully, the two lost plants were of the kind that I had three so no single variety was gone.

DH, in his wisdom, suggested I communicate the existence of the bed more clearly to other human creatures. 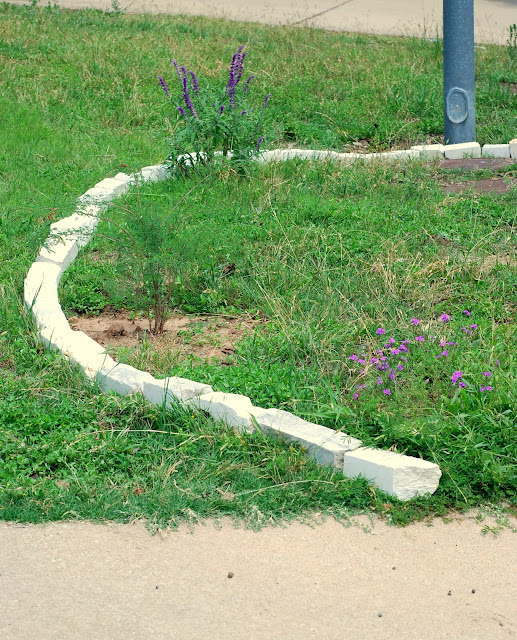 We headed over to Whittlesey’s again, this time for rocks! We meant to get enough for this bed, the White Oak, and the new pomegranate in the back yard. We thought we got extra. Usually, that’s true. Never having purchased rock before… 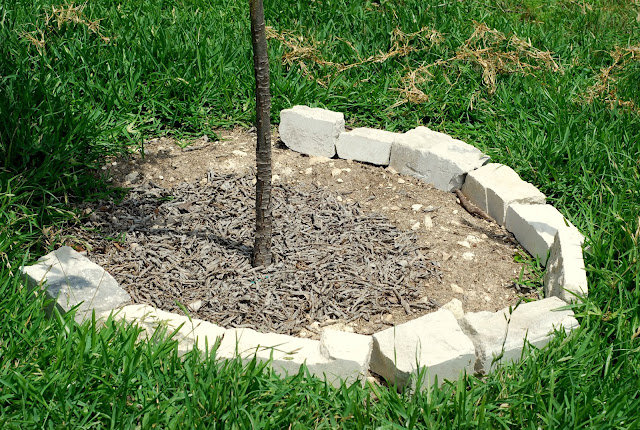 We were a little short. The front bed got its boarder, and the White Oak has a C. The pomegranate is still without stone.

Over the last two weeks, I’ve been able to spend a little time every few days removing the sod and weeds from the front bed. When I started, we were still only in the high 80s, and I got a good space done in an afternoon. Now we’re always in the low 90s, and the spot gets sun all day. I can sneak in about an hour before the sun sets where the light is dying and it’s not sweltering. I’m getting there though!

Want to see what else is joining the Fragrant Mimosa, the Verbena, the Mexican bush sage, and the lone survivor of the Recycle Bin Lawn Mower Incidents? 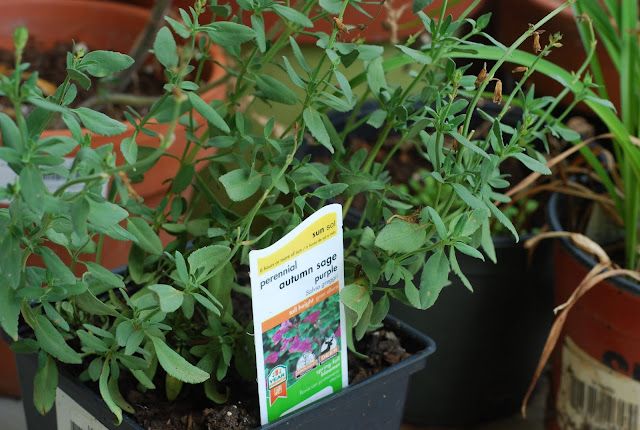 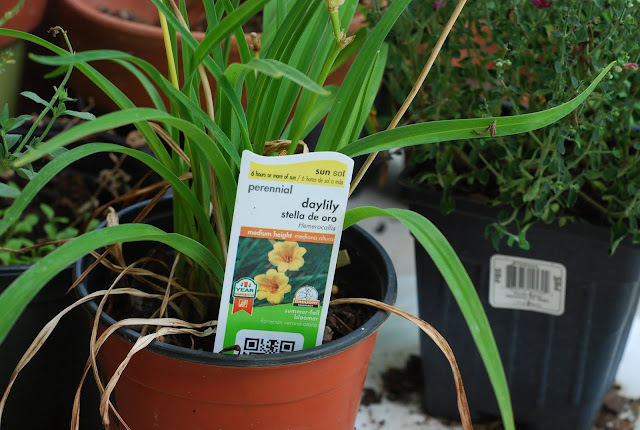 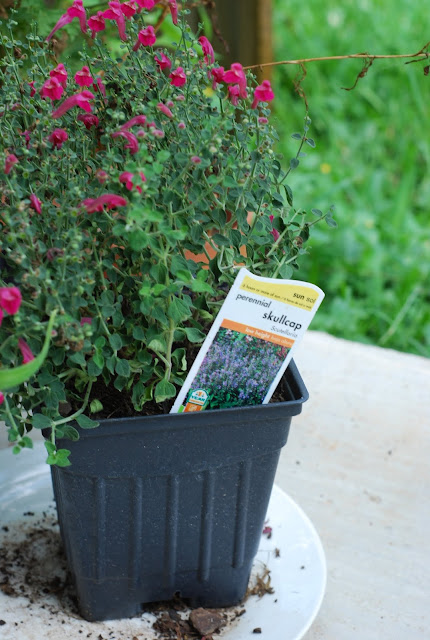 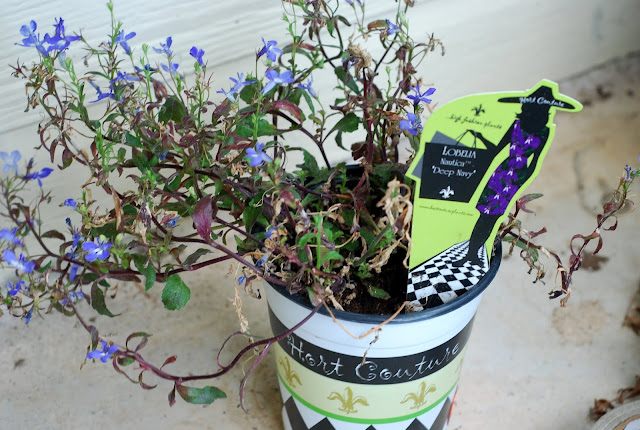 We’ll see how they do. I may end up moving the Day Lily and the Lobelia due to too much sunlight.

As much as I enjoy growing food from seed (and saving seed from food) I haven’t ventured into non-food seed sowing other than simple flowers (wild flowers, zinnias, violas, nasturtiums, etc.)  Last year was the first year I’d ventured out of veggies into flowers, maybe next year I’ll venture more into the seed sowing aspect of non-food. Maybe not til the year after.