Digging in the dirt doesn’t make for the most exciting of posts, or the prettiest of pictures.

I spent a few hours in our afternoon sunshine working on the Right Bed. 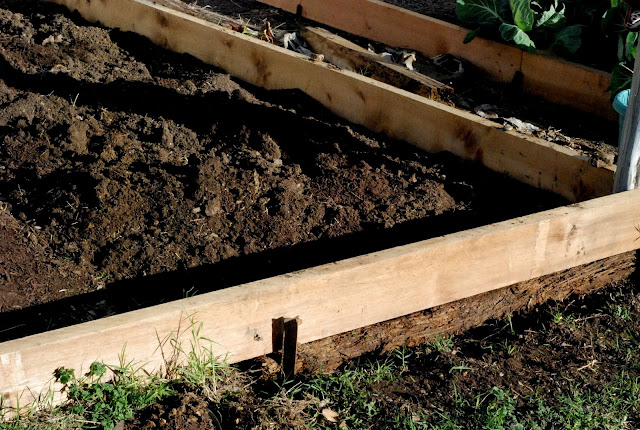 I started the initial double-digging of this fallow bed today. The intense web of grass roots made this slow going.

Slide the spade into the earth.

Thankfully, the soil in this bed feels lively! It’s loose, crumbly, a little sandy, and full of some healthy earthworms! I haven’t met soil like this before in Texas. It’s exciting to not have to start from scratch with the cloying, airless clay that is all so common in this area. During my digging, I unearthed an old 4″x4″. Pocked and soft with decay, I thought to give it one more task before the earth reclaimed it. The builders of the garden beds used some really nice cedar planks around the edges of the beds. Unfortunately, they left them floating just above the surface. This means that no matter how diligently I remove weed roots now, or weed later, the weeds will wriggle right under the walls and invade the garden. In an attempt to block (or at least dissuade) their wiley ways, I nestled the found board under the edging plank (you can just see it in the picture above.) Hopefully that works at least until next year.

So, what else is going on in this lovely weather?

The Borage has blossomed! If you’ve never grown Borage, I find it pretty, but it’s also pokey, and tends to spread, so be careful. Borage flowers taste a little like cucumber and can add a dollop of periwinkle to your salad, or I hear you can even make a medicinal tea. 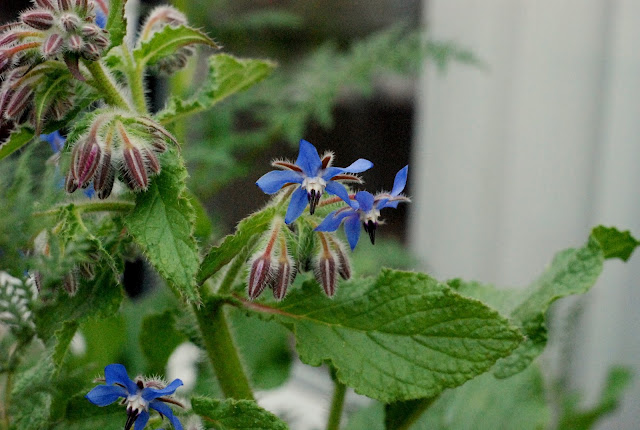 My volunteer fern is also throwing out some food for the bees. 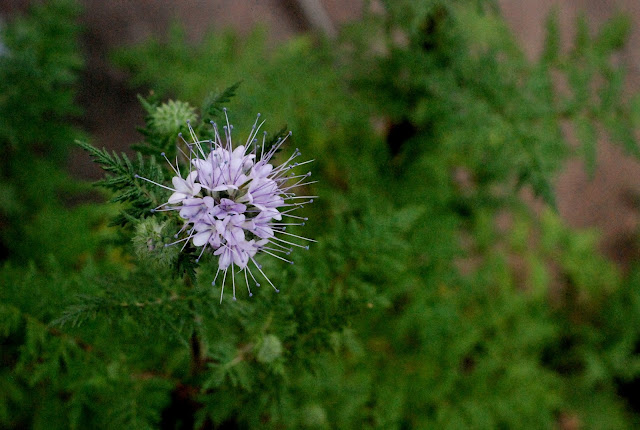 Isn’t that delicate and lovely? Last year was my first fern attempt (Ferns, in Texas? Yep. I’m a rebel.) I sowed them about this time last year, and not many of them came up. Then, early November, with the rain came the flower sprouts. I rather like having a little experimental bed for the flowers to reseed and see what does what. I’m doing just that with the little strip of earth in the back yard between the sidewalk to the patio and the back door. The builders thought to leave 12″ of green space between the foundation and the sidewalk. It’s also only about 4″-8″ deep, depending on where you dig.

There are many fun things (for me) about gardening, and one of them is to push myself to try new foods – or to have them available to me for the first time. Most recently, I’d only had peas in their frozen or canned form. I managed to right that wrong just yesterday. My first garden peas! (First for me as a gardener, and for eating.) 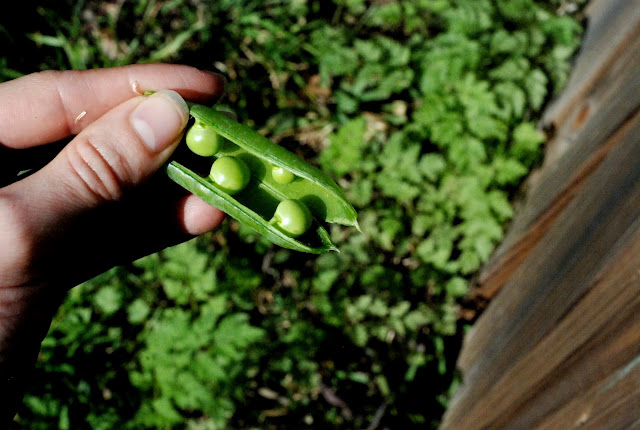 I thought they tasted great – like if peas and freshly cut grass popped in your mouth. These were simply labeled “English Peas” on their seed packet.

3 comments on “Digging in the dirt!”