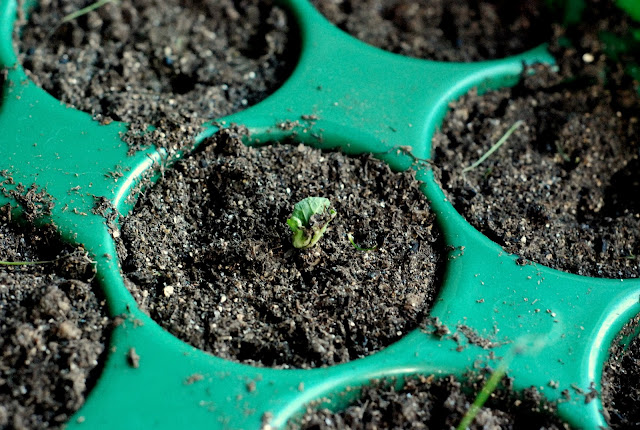 It sprouted in my veggie beds, from premature composting (a habit I can’t seem to kick.) The seed it sprouted from was large, and roughly resembling a squash seed. A sucker for a good mystery, I saved it from the spading and put it in a seed tray indoors. Let’s hope it grows large enough to solve the mystery!

2 comments on “Mysterious Volunteer – do you know who this is?”