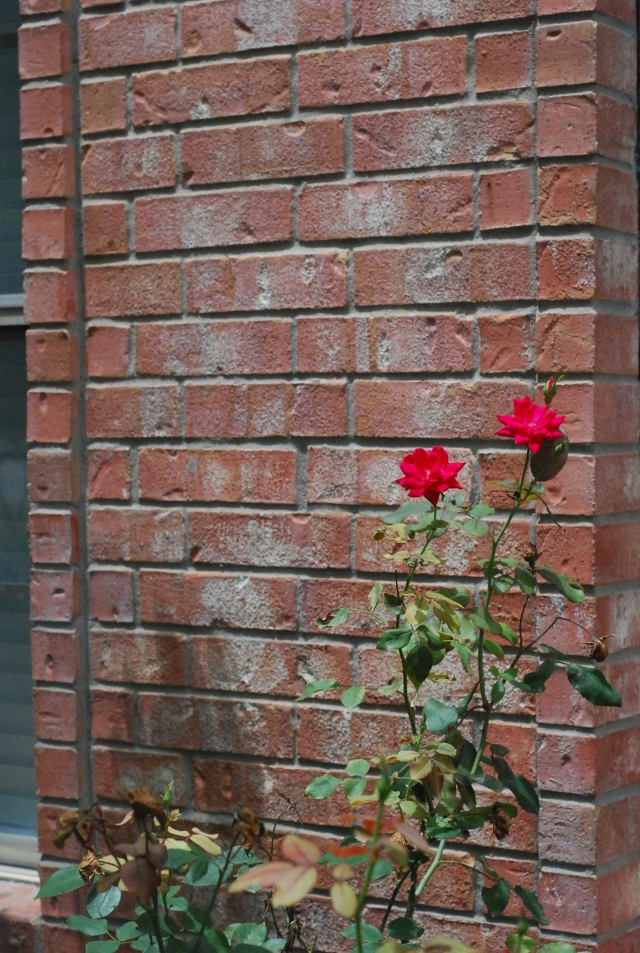 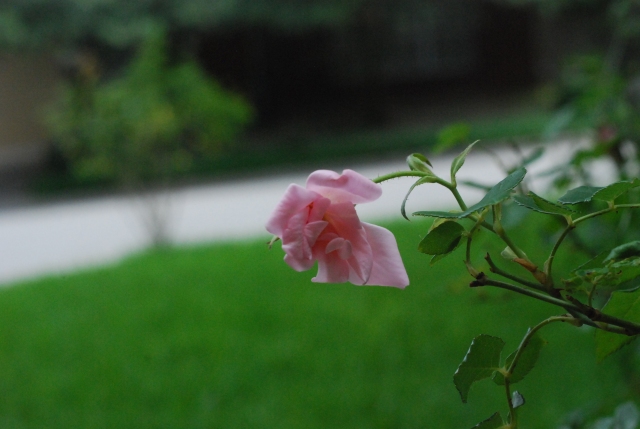 I managed to weed the three front flower beds the other day during a particularly well-timed (and lengthy) nap, leaving the little yellow flower all the room it could hope for. I’ll need to prune the roses, as they’re a bit leggy and poking their way onto the walk. Rose pruning where I grew up was in September. I have a feeling it’s different here. I’ll have to look unless any of you knowledgeable folk (who seem to have evacuated my area to cooler climes!) might know?

I’ve yet to mow (which I am looking forward to, I’ve always loved mowing) so am finding myself with a solid grasp of where the St. Augustine stops and the crab grass begins. I’ve been eyeing the wind and the shadows, the rain run off and the lengthy hours of sun. Hopefully by the end of summer when I start to build some beds I will have decided on the best spots, but only time will tell.

We’ve been having cooler temperatures (only low 90s most days) and it’s actually rained at least once a week it seems for the past long while. The fire flies started in late April and are still glowing their way through thickets and underbrush. I first saw them this year the day before I became a mother. I told the child in me that they’d better hurry up or they’d miss the fire flies this year. She definitely hurried up and here we are, two months later, and while she cannot yet see them herself, I still point them out on our evening walk. I await the squeals of glee next year when she sees one for the first time.