We moved on Monday. First of all, packing (and attempting to unpack) with a six week old who is just learning to be laid down for longer than ten minutes without melting…is an adventure. We’re making progress with a lot of creative problem solving and gratitude for grandparental help.

Saying goodbye to my first real outside garden is a mixed bag. It’s full of green tomatoes and baby peppers. The soup beans are only half-dried on the vine. The garlic aren’t done.

But the strawberries are done, the lettuce has bolted, and the three year old beets may actually be done giving us greens…

And the new house has so much space to play in…so much potential. Forget the 100 square foot bed I built, I could have ten of them! And still have room for DH’s miniature fruit orchard, a grass pad, and a kiddie pool.

So please join me, in a near-final farewell to this garden before I embark on the prepping and planning involved in turning a blank slate into happy beds full of tasty food.

The sage that wouldn’t die. We planted this 4″ sage in six inches of soil with a concrete foundation on one side and a sidewalk on the other, that bakes in the afternoon sun. It grew to take over the sidewalk and break three feet in height. DH chopped it down. It looks nice and happy again already. 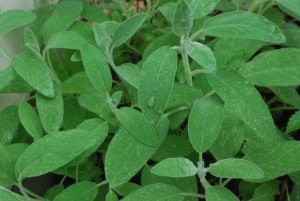 Serrano peppers amidst the tomato jungle. 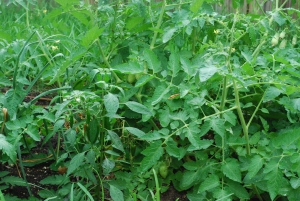 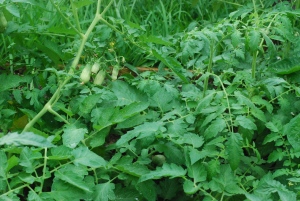 One of many bell pepper plants getting busy… 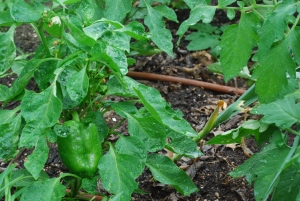 The jalapenos spicing things up. 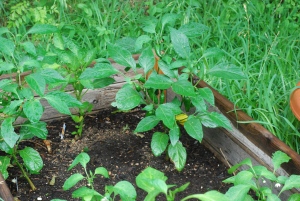 The lettuce (red romaine, cimmaron, little gem, and others) getting ready for next year. 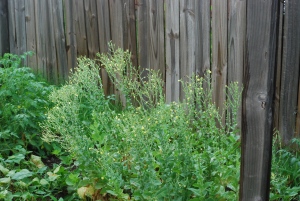 Then we move to the front yard… 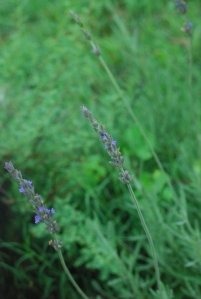 Moss verbena making a go of it. 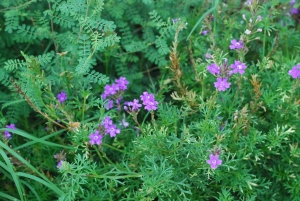 I forget this one’s name… 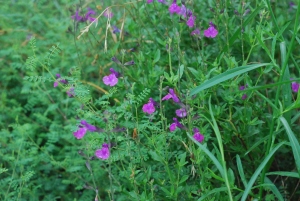 I won’t be around to see if this zinnia actually survives the heat long enough to bloom. (Or if the new tenants water it to give it a chance.) 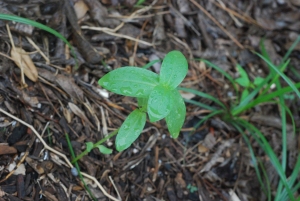 The nasturtiums usually grow, flower, and finish up months prior. I’m not holding out hope this one will bloom…oh who am I kidding, of course I am! 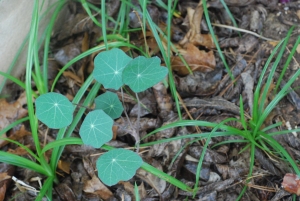 Don’t worry, Bill the Lime came with us. (Although he’s pretty upset after that surprise freeze we got late in the season while we were out of town. We’ll need to give him a lot of love and a good pruning. 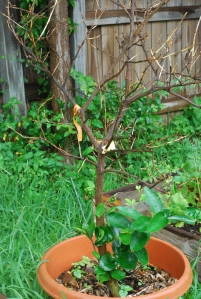 The raspberry bush (that doesn’t make raspberries) also came along. Perhaps putting it in the ground will make it bloom? 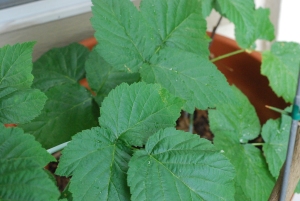 Oscar the Meyer lemon tree will hopefully not mind the move and give us some tasty treats in a few months. 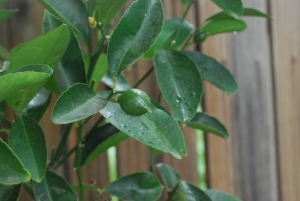 The rue, ruefully, had to stay. 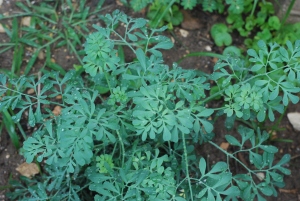 I haven’t seen another Mexican oregano for sale since I picked this one up nearly five years ago. I’ll have to try my hand at sourcing (and sowing) some from seed. 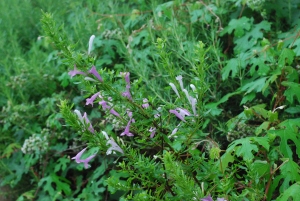 I did save extra seeds from my butterfly weed, so the new house will get to enjoy these “orange molar flowers” as DH calls them. 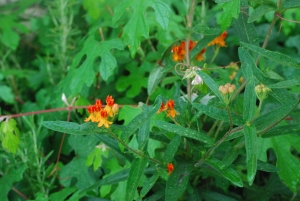 The fragrant mimosa decided to put out a late round of blooms (it blooms months ago as well) with all the rain and unseasonably cool (read: low 80s during the day, high 60s at night – downright chilly! And long gone. We’re into days in the mid 90s and nights in the high 70s now, and we’ll continue to rise another 10 degrees on both the high and the low.) 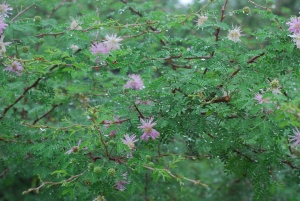 The larkspur was all done by Memorial Day last year, but is hanging on still. 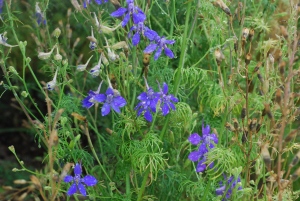 The blanketflower is making quite the showing this year. This is one plant. The fields are alit in orange petals along the roadsides. 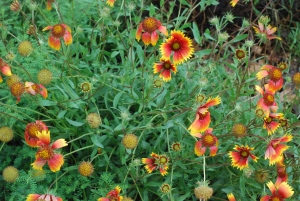 I don’t remember this daisy-cousin’s name. 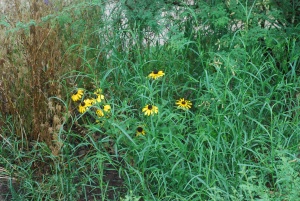 I hope the tenants enjoy gardening…

And for anyone yearning for a new photo, the little gardener is now six weeks old. 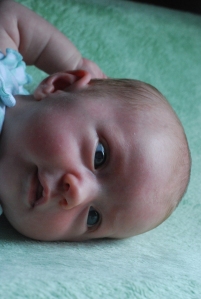 Leave a Reply to Growing Up in the Garden Cancel reply