February 26th, 2012. The tomato plants that spent the year giving us over 100 pounds of tomatoes… 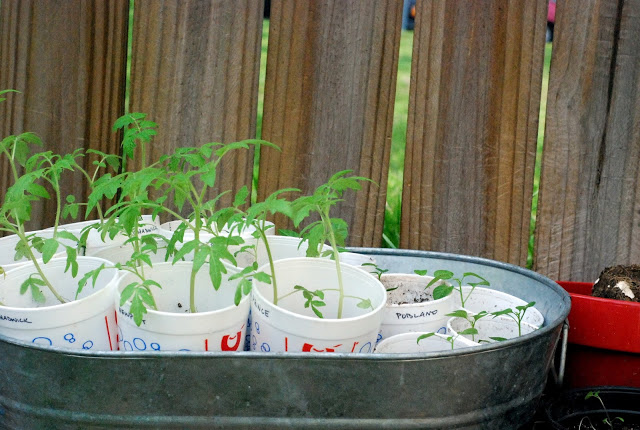 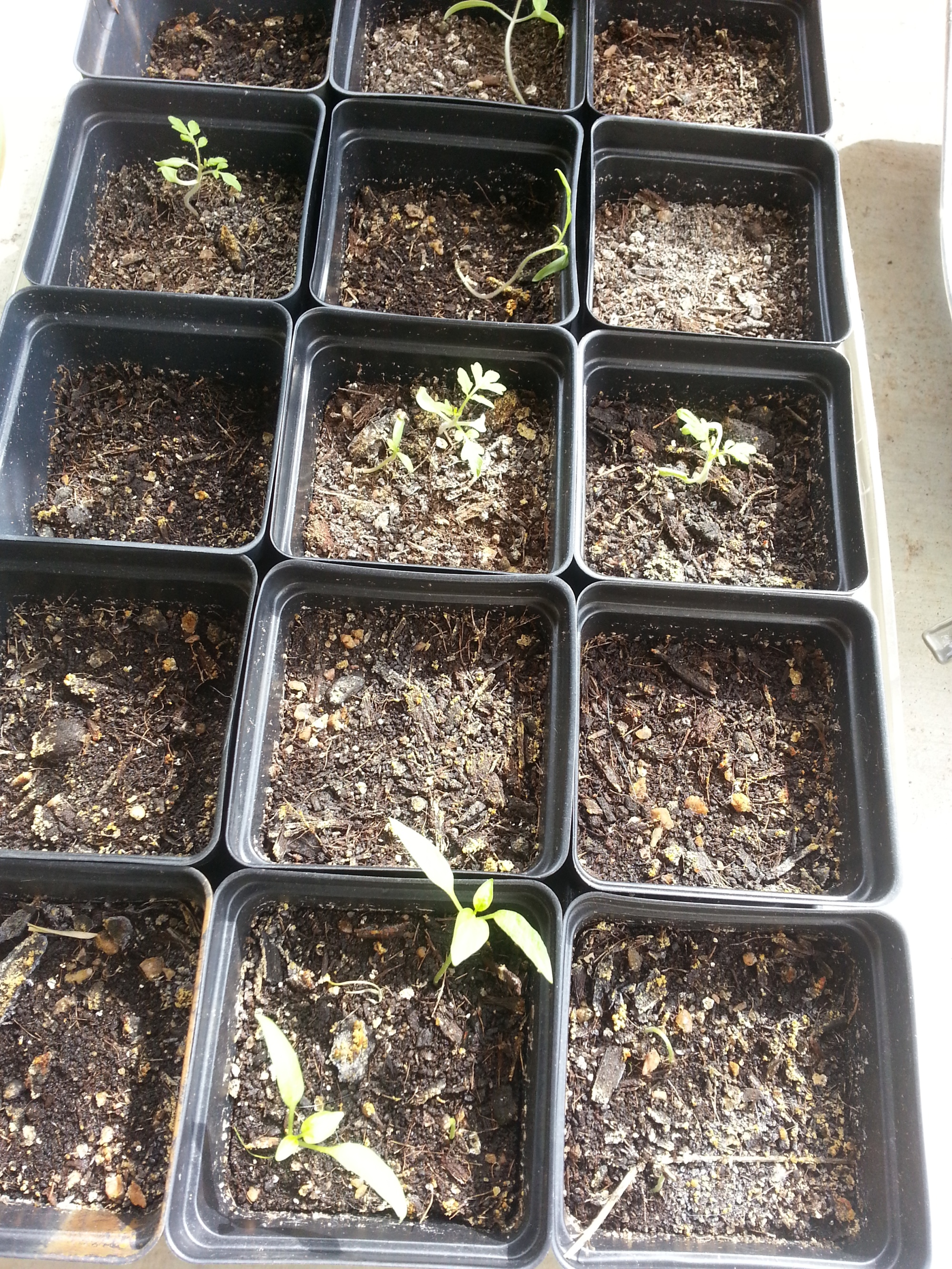 Tomatoes could conceivably go into the ground in a week, and those babies are likely to be a tasty snack for a snail before they reach any size large enough to fend off attackers.

So DH and I are headed to The Natural Gardener today for a few things:
*Tomato plants
*Pepper plants, because they’re just as far behind
*Drip irrigation! (Maybe, if I can decide how many whatchamathings, dohickeys, and such to arrange)
*Soil food, as both of my compost piles are still cooking.

But in a few ways, I’m ahead of the game this year. I sowed the first round of beans yesterday. Some Tiger Eye and Yin Yang (soup beans) and some Soleil (green). Hopefully being two weeks early on 2012 sowings won’t be too much of a risk, but the extended forecast has some rain, a lot of sun in the 60s and 70s, and nothing lower than 40s at night.

Looking back at posts and photos from 2012, I find myself missing the extra 400 square feet I had that year. My three new beds this year will help scratch that itch some, and DH is talking about building a potato tower as well. I’m glad I ventured into a community garden plot, and depending on the timeline of when we move next and the space we move into, I may join one (a different one) again in the future. For now though, I’ll enjoy the isolation, the quiet, and the energy only from the sun and soil – enjoying my time away from the noise of others’ thoughts.

And then behind again, as I thought I’d posted this last Sunday.

We picked up everything except the peppers, which weren’t in stock yet (but are at the Farmer’s Market tomorrow!) The irrigation has been installed, and the weather forecast checked again so the tomatoes went in last Sunday. 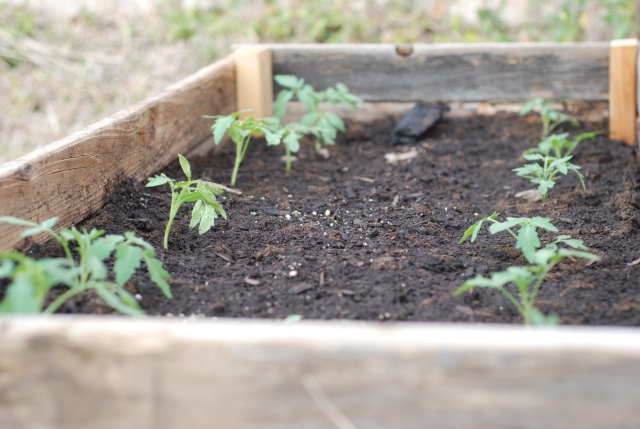 Nursey tomatoes are usually varieties I know little about, or am not sure actually work well where I am. Beefsteaks explode in the heat before they ripen, for example, and Brandywines need cooler temperature to set fruit than we have by the time they bloom.
These are both new-to-me varieites of Valley Girl on the left and Homestead #24 on the right.

And then the forecasters did what they do and changed their minds. 30 degrees Tuesday night. DH had also moved Bill the Lime Tree outside on the word of the forecasters, so Bill and the tomatoes shared a tarp Tuesday night and were no worse for the wear. In fact, the six inches of rain overnight the following evening really perked those tomatoes up!

We picked up some other tomatoes as well, that I’ll plant this weekend when it’s back to 80 degrees.

And in the meantime, the winter greens are trucking along come dry or high temperatures.

14 comments on “I might be a little behind…and a little ahead.”