I had many plans for today. Beans and peas in the soil. Brassica family starts from the farmer’s market into the shady new bed…

Plans are funny things. I like plans. Perhaps as much as I like surprises. (I make sense. Promise.) I do well with plans or surprises. I do not do so well with plans that change or fall through or are otherwise lost. In becoming aware over the years of this facet of myself, I’ve found ways around it, or through it, or on occasion, standing straight up in it until it passes overhead like a thundercloud threatening that never delivers. So today is not full of digging in the earth. Nor is it full of getting ready for a short work week. Or making a blackberry pie as planned for a Labor Day Feast.

Well, let’s just say that instead, I’m holed up on the sofa, crutches close at hand. My ankle lost last night in a soccer match against a leg stronger than mine. Thankfully it wasn’t broken. I went down this same road almost fifteen years ago now. Air cast. Ice. Elevate. Aggravate your other leg’s knee with your hopping about because I’m-only-going-right-there-and-don’t-need-crutches-for-such-a-short-distance.

So instead, I’ll say hello to you all. I’ll draft the plans for the brassica and other winter garden tenants, maybe. I’ll see if there’s a leftover Premier League match on the internet, maybe. I’ll poke at the swelling, definitely. And I’ll ponder on how a work week will look with only manual transmission cars at my disposal…

I did manage a few things before becoming a one-legged-stubborn-hopper…I made a sidewalk. 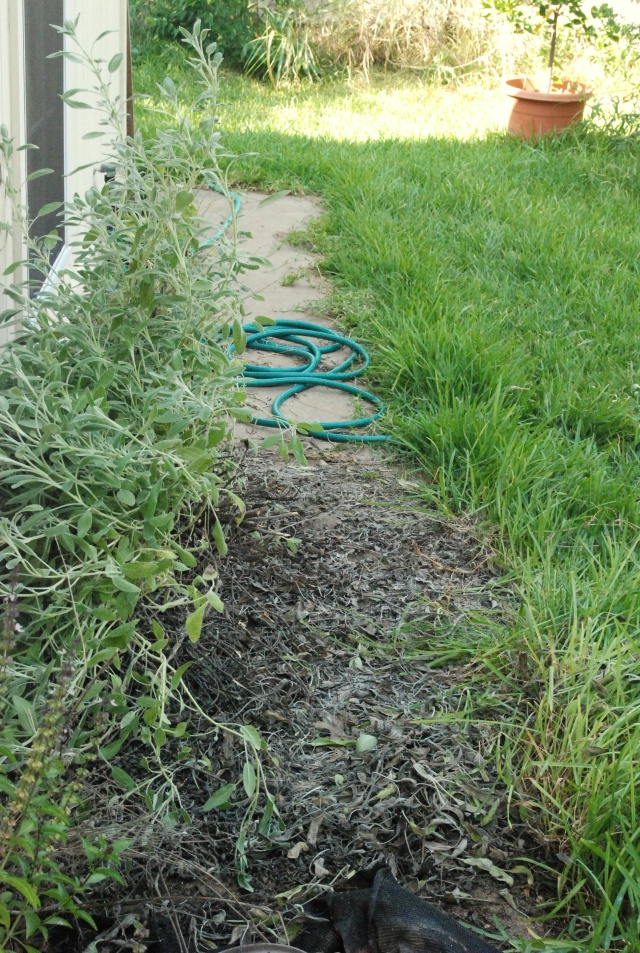 When we first moved here, the 6″ wide strip between the sidewalk and the house was full of St. Augustine. Mowing and edging 6″ of grass seemed silly. Out it came. The grocery store had soft fuzzy sage specimens for $4. I picked up two. One went in this strip of soil to be baked in its concrete confines and watered rarely. It housed an Anole (who has since moved to the compost pile) and provided shade to the toads. It also grew from about 6″ tall and 3″ wide to about 3′ tall and 5′ wide. Oops? DH has been missing the sidewalk (that leads to the back patio, that houses the grill, that rains down delicious food like mana from the sky) so I figured it was time to make a sidewalk.

In so doing, I found a few things. I found another melon growing on the vine that gave me this delicious morsel. 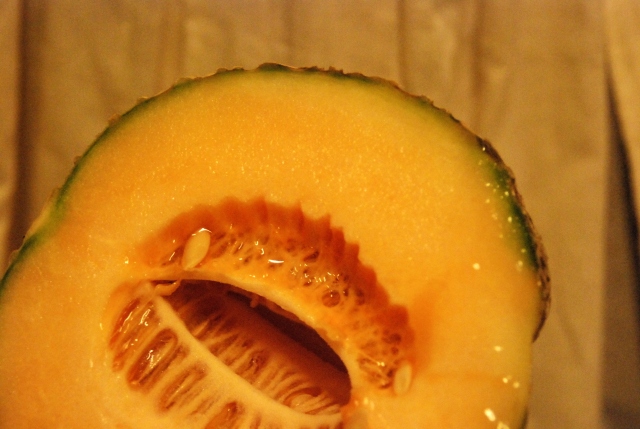 I found a spinach bouquet where I had forgotten I’d sown spinach.

And then I realized I needed someplace to put the large cubic volume of sage. The garden could use a little mulch…but I’d lost the battle against the mealybugs for the tomatoes and didn’t want to mulch them in for the winter…so out they came. 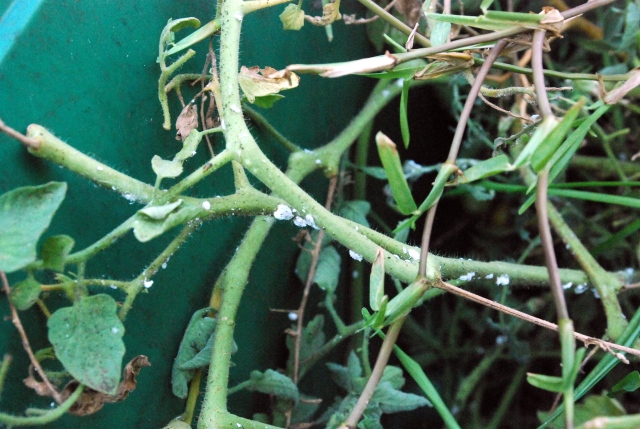 And in went the sage mulch.

I’m hoping the strong smell of the sage will confuse any leftover mealybugs enough that they don’t move in on my peppers (hiding in the sage). I feel like each August is a battle against the mealybugs. Last August I won. This August I lost. Year before I won. Year before they did…perhaps next year will be mine again.