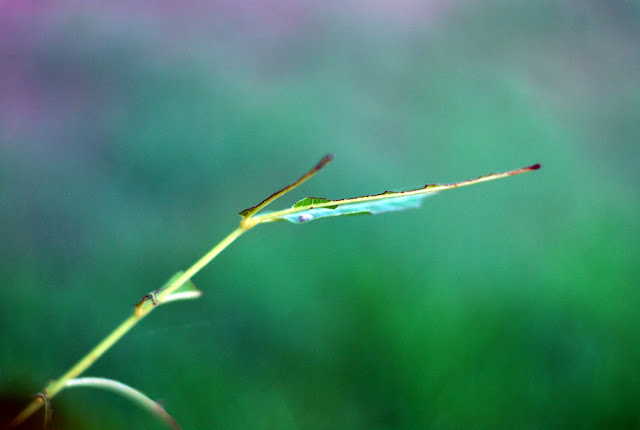 One could philosophize as to whether the leaf is missing, or the caterpillar that ate it is. I would simply argue that both are long gone. DH was upset enough that as soon as I found the perpetrator, the perpetrator was no more. No chance for a photo op for the hungriest caterpillar.

Not only was it the hungriest I’ve seen (our poor small pecan lost nearly every leaf in such a short span of time) it was (likely as a direct result of its voracious eating) also the largest caterpillar I’ve ever seen.

If you haven’t seen the caterpillar for a Sphinx Moth before, I hope you get to some day (outside of your own gardens, that is!)

It was easily more than two inches long, and bigger around than my thumb. Not unlike this photo I found:

I am grateful, however, that I didn’t come upon it when it had reached this stage:

As that guy actually creeps me out a bit.

The one in our yard had unfortunately nearly finished off every leaf by the time I found it. 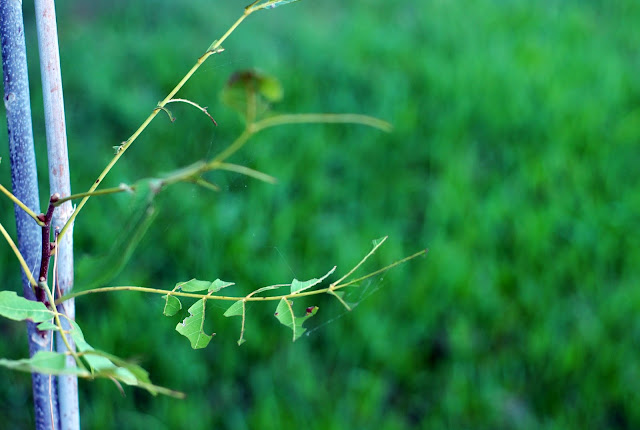 But thankfully, a few short weeks later, the tree looks to be making a solid come-back.

Lesson learned: Don’t leave your trees to fend for themselves.

I’d never really considered checking trees for caterpillars or other pests before. Growing up in the Pacific Northwest, there are so many trees that to do so would be a full-time job that never ended. Here though, where our trees are more sparse, it would be easy to simply do a quick walk-by and make sure that I found the smooth criminal (or fuzzy!) long before an entire tree was in danger of being eaten.