I spent a four-day weekend on a business trip and arrived home just in time to do some more work before ordering some take-out and hitting the gardens. The light was fading fast, and the insects were emerging with even greater speed. The fire ants had once again relocated, and I had once again been too stubborn to don real shoes and received two more bites for my troubles. I had remembered to leave the bug spray in the car though, and escaped with nary a mosquito bite. DH managed only one fire ant bite, no mosquito bites, but took the cake with a mean mystery bite on his back.

We were once again rewarded with pound after pound of fresh heirloom tomatoes! DH struck up an easy conversation with a neighboring gardener, and we managed to send her home with a few of his heaping double handfuls of the smaller varieties. She’s raking in buckets of apple-sized tomatoes herself (we politely declined any.)

Things I still don’t know enough about to help thrive? Basil tops the list. I can get it to germinate. I can get it about two inches tall. I can keep it alive if I buy it…until it gets mealy bugs, gets woody, keeps over, or bolts immediately.

In the “bolts immediately” category is this lovely African Blue Basil. Not a week after planting it in the backyard bed (under a shade cloth!) it flowers. It’s lovely to look at, and perhaps I should reconsider basil as a landscape plant for the bees instead of a seasoning for us. 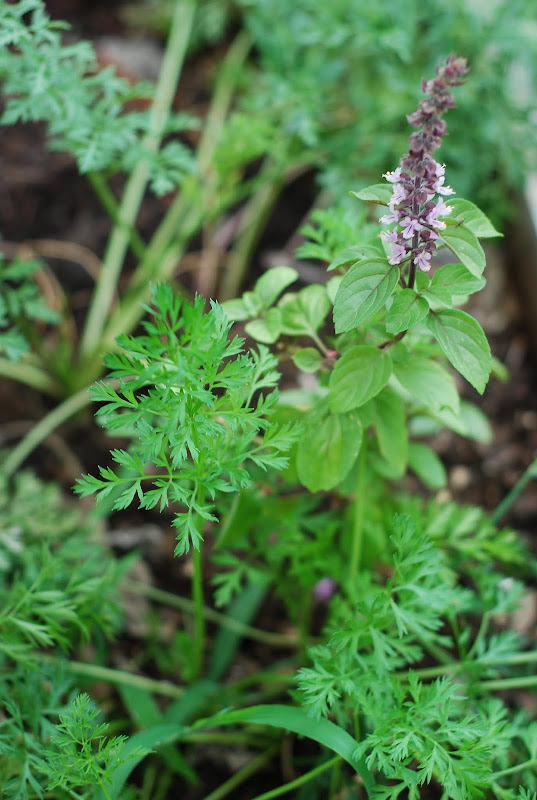 Speaking of landscape-plants-that-I-would-like-to-some-day-eat-from, my raspberry is happier this year (it’s third year) than last! 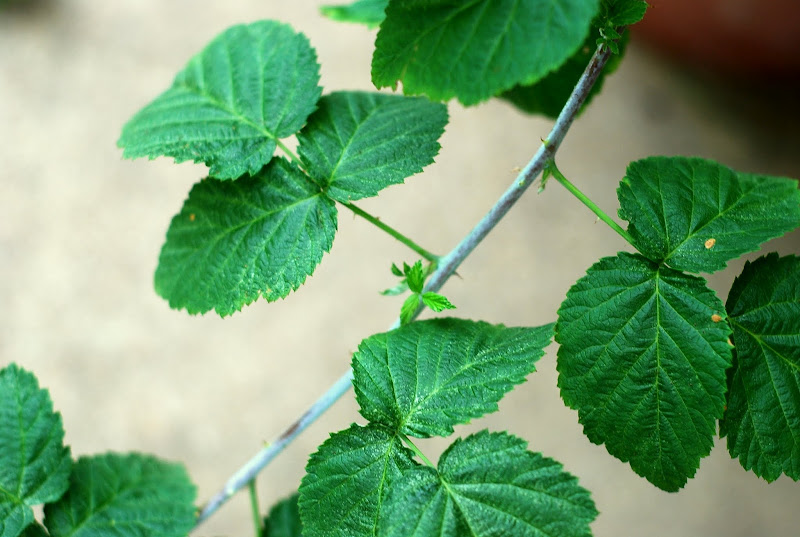 8 comments on “Pepper lessons, basil confusion, and a landscape raspberry.”