I thought I’d picked some sun-loving, drought-tolerant, and generally tough-skinned plants for the new front bed. 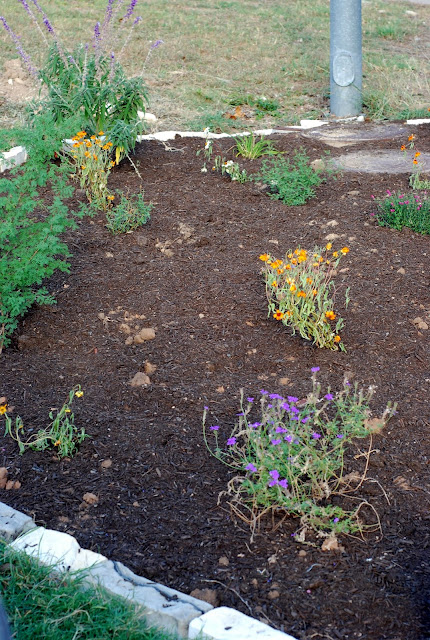 Things I learned on this project:

Another rock project? The new pomegranate for DH. Our grass is made of at least three varieties – all of which like to invade any place they aren’t already growing. 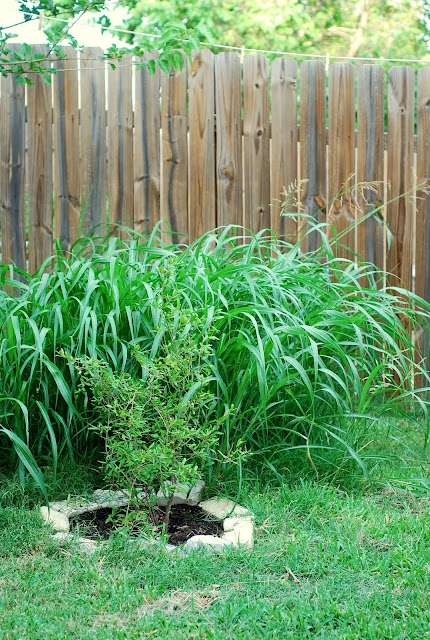 That impossible to miss, super tall and lush grass behind it? I have a soft spot for that grass. When DH mows, it gets hacked to the ground. By the time the rest of the lawn is ready for me to mow it, this stuff is back up to Bug Jungle Size. Same amount of light, water, and soil as the other grasses around it and it just throws caution to the wind and shoots for the sky. As much as I can’t bring myself to mow over it, I’m glad DH does so it doesn’t take over the entire yard.

The seeds are just about ready to save, though, and I’ll be stowing some away for a rainy day when we’ve moved someplace without it and I find myself in need of a resilience reminder.