DH has been the driving force behind the trees in our lives. He hopes to have an orchard someday that is a testament to his love of a good medley. Almonds and plums and avocados living in harmony? He’d like to try it anyway.

Being as we don’t plan to stay in this home forever, he limits his tree fixation to landscape trees. Except for when I give him keep-in-a-pot-as-long-as-necessary varieties for his Someday Orchard.

You met the Mexican White Oak and one of the pecan trees already. Let’s check in on Bill the Lime Tree. He’s been outside for about a month now, and after our serious storm last week, I had cause for concern that perhaps all of his little limes had been knocked off. 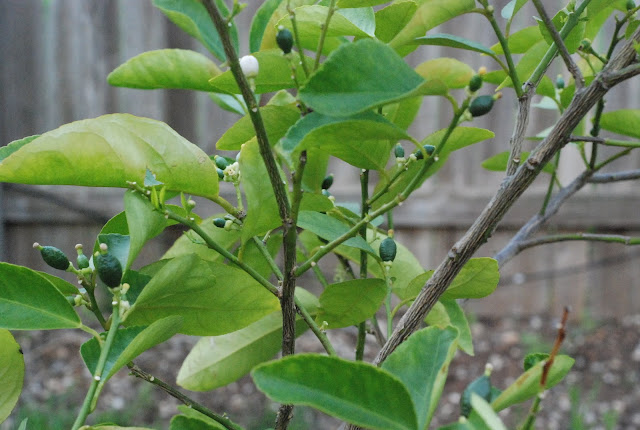 Never fear, they hung in there. He’s even taken the time to make some more buds and stick out some new leaf shoots.

You’ve also met June before. She did lose some plum blossoms in the storm, but hurried some new ones out in no time! 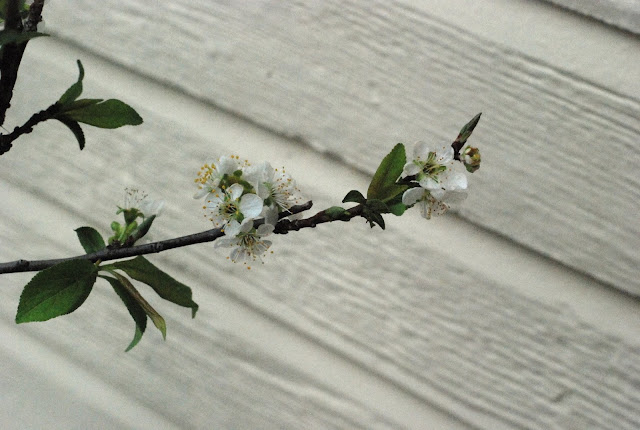 And what you can’t see here, is that so far one of these little flowers has already made a teeny tiny little plum! I had no idea a potted plum tree, roots to tip only 5 feet tall, would make a plum (or more)!

I also have a new introduction to make – the Mulberry tree. When we moved in, we had no idea what kind of tree it was. Then it started making fruit and my gut told me they were mulberries, but my brain said not to eat them until I had confirmation. So I waited. And waited. And then we had DH’s folks over for dinner – both of whom had known mulberry trees in their childhoods – and they both promptly popped a berry off of a branch and into their mouths. I quickly followed suit. Last year, the berries were a bit small and tart. Not knowing what it was, I hadn’t watered it. Since it didn’t rain more than a half an inch between mid-January and early June, the tree made do as best it could. 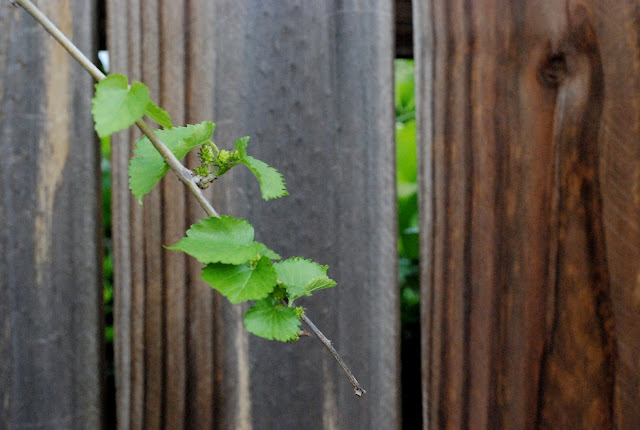 Now it’s actually raining, and I’m watering it between, we may have some mulberry jam in our future – fingers crossed!