Can you spot the weed in this picture? 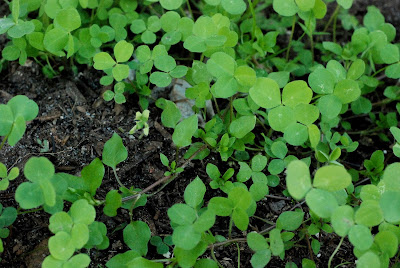 I’ll give you a hint, it’s not the clover. The clover, as a weed, looks like this: 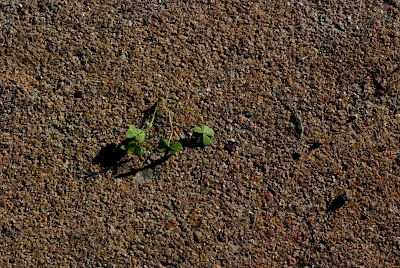 This type of clover will send up quite lovely little yellow blossoms later in the spring. Unfortunately, it will take over if given the chance and therefore must be pulled. It doesn’t like being pulled up, and will usually snap off at the surface. Depending upon your level of tenacity, you may let it go until it sprouts again, or may go digging for the roots – it’s up to you.

The weed in the first photo is actually a native called Horse Herb. People apparently buy this plant on purpose. Nevermind that the first result when searching for “Horse Herb” is for a post entitled “I Hate Horse Herb” by Zanthan Gardens. I sympathize with their sentiment. Please don’t buy this plant on purpose. You’ll regret it unless you don’t want any other plants on your entire property. Really.

Here it is attempting to take over the gate’s space in the fence. I’ve ripped this bunch out twice already. 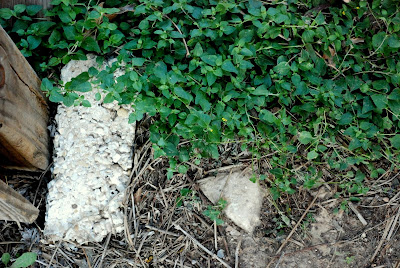 Things I learned from this:

The other weed I commonly battle in this yard? I think it’s wild carrot. I could be wrong. 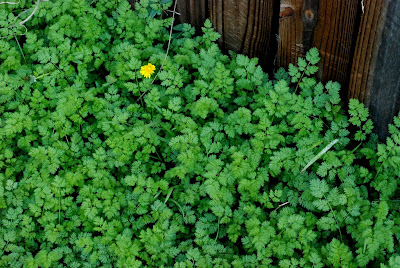 Nevermind the dandelion. I find those fun to dig up. These weeds grow like a blanket and will send up a shoot for a bunch of teeny tiny little white flowers to bloom upon. Those flowers will turn into cockle burs. They behave not unlike Queen Anne’s Lace, but are not nearly as majestic as that childhood favorite of mine.

One comment on “Clover and Horseherb – Friends and Foes.”